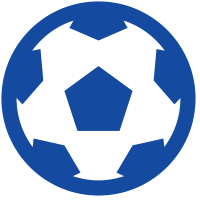 There will be a three-game minimum. No medal rounds.

Players must be a member of the school’s Fall 2022 team. To participate in Junior Varsity, the player must be a 10th grader or less as of the Fall of 2022. Juniors may NOT play on JV teams. There may be a maximum number of teams allowed in each division. Properly completed BGSG team entry form and a roster with name/number/class and their participant medical examination forms which include signatures by the parent and the doctor, must be with them at check in and/or the time of play. These are due at headquarters on site one hour prior to the teams first scheduled game. High School division players may play either on JV or Varisty, NOT both.

ONLY High School division may delay submitting the completed player rosters until check-in prior to the first game. All divisions may have a maximum number of entries allowed. Entries may also be limited based on availability of fields and certified officials. There must be a minimum of four teams per division in order to play. A Youth team or player may not enter more than one division. A High School player may play either on JV or Varsity, NOT both.

For High School divisions, the completed BGSG team entry form and an official roster with name/number/class and their participant medical examination forms which include signatures by the parent and the doctor, must be with them at the time of check in and/or time of play.

Every team must submit the name and phone number of a volunteer to act as a team representative for as long as their team participates in the tournament. The duties will begin 45 minutes before their team’s game and end prior to the start of their team’s game. Team representative will act as a liaison between your team and tournament officials. The entry form will be considered incomplete without this information and therefore will not be processed.

High School Varsity teams rank themselves A, B, or C with A being the most competitive in order to provide better matches. We will do our best to place you in the division requested.

DIVISIONS:
We are giving each High School Varsity team the opportunity to rank themselves A, B, or C with A being the most competitive in order to provide better matches. We will do our best to place you in the division requested.

High School soccer teams may check-in on-site at the field before your first game. Check-ins should be completed no later than ONE hour before your first game for all divisions. High Schools will only need to show their school physical forms specific for athletics. Addition of players must present proof of age and have medical waiver signed. In the event that a game schedule must be changed after the distribution of schedules, the revised schedule will be available at check-in and the headquarters tent at the venue. It is the responsibility of each coach to check with the officials at check-in at the headquarters tent at their playing site to determine if schedule changes have been made.

The home team is listed first. In case of a conflict on uniform colors, the Home team will be expected to change colors. Every attempt will be made for all games to be played at the scheduled times, unless delayed by bad weather, or other events beyond the control of the tournament host. The game schedule is extremely tight. All warmup MUST be done off the field. Please be ready to play at your designated game time. Also, please leave the field as quickly as possible at the conclusion of your game. Please be sure to leave your bench area clean.

All High School teams will play a total of three games.

Masterson Station: We strongly encourage that all soccer teams use Spurr Road as their entrance to the park. All soccer traffic will be routed out the Spurr Road exit.

Woodford Soccer Complex:  Please allow extra time for entry into the park.  There is construction traffic on US Hwy 60 including lane reductions.

HIGH SCHOOL PLAYERS MAY PLAY JV OR VARSITY BUT NOT BOTH AND JUNIORS  MAY NOT PLAY IN THE JV DIVISION. SEVENTH AND EIGHTH GRADERS MAY PLAY JV.

Except as otherwise provided herein, the NHFS shall apply to any and all competitions sponsored by this association.

Ejection from a game carries an AUTOMATIC suspension for a minimum of one game. That player/coach cannot participate in any BGSG soccer until the suspension is served with the team that it was received with. The on-site Tournament Committee may impose additional sanctions as deemed necessary, including suspension for the entire tournament.  KHSAA and the home club or league of any player, coach, team, or supporters shall, except in the case of referee assault, have the responsibility for imposing additional sanctions should the circumstances warrant these with regard to any matter arising from this tournament.  All red or yellow cards issued and any matter involving the conduct of a team, its players, its coaches, or its supporters will be reported to the BGSG organization and to the associated state organization and home club/league. All matters involving referee assault shall, in accordance with NFHS policy, be referred immediately to KHSAA.

The official referee shall be the sole judge on the field of play, and the referee’s decision shall be final. NO protests based on a referee’s judgment will be allowed. Protests concerning rules or eligibility shall be made in writing and must be given to the on-site tournament committee within 15 minutes of the end of the game in question. All protests must be accompanied by $500 nonrefundable cash to the BGSG. No verbal protests will be heard. The on-site tournament committee will rule on all protests as soon as possible.

All age groups require that only one coach and no more than two assistant coaches occupy the team side of the field with their players. Coaches and players are to remain on their half of the sideline no closer than 10 yards or farther than 30 yards from the centerline. No artificial noisemakers, such as air horns, are allowed.

In the case of severe weather conditions such as tornadoes, persistent lightning, or other life-threatening conditions or if the conditions are such, they present a danger to the players or the fields, these are the guidelines that will be followed. The on-site tournament committee will be responsible for inclement weather decisions.

Every attempt will be made to play the matches. Please be prepared to accept that in the worst-case scenario, some fields may become unplayable so that matches may have to be decided by penalty kicks or by the flip of a coin.  Matches which have been stopped will be resumed on the same field if possible. Teams not on the field 10 minutes after play is to resume will forfeit. The on-site tournament committee will decide when the fields are safe for play to resume. The length of time delays will be determined by the on-site tournament committee. Injury time will be added at the referee’s discretion.

SHORTENED GAMES DUE TO WEATHER OR HEAT INDEX

Two (2) 20-minute halves will be played. There will be no warm-ups on the field during inclement weather policy time.